Publications The State of the Affordable Non-State School Sector

The increase in demand for affordable non-state schools means that there will be an additional 66 million new seats for children required in the next five years in low- and middle-income countries.

Given the context of the growing, unmet demand for education and capacity-constrained public management, states are being encouraged to recognize the value that non-governmental actors bring to education. However, while the non-state school sector's role in delivering education services has been growing, its full potential is limited by financing constraints.

Opportunity EduFinance, given its unique position in the non-state education market, leveraged its expertise and experience to conduct a sizing analysis of the non-state education market in low- and middle-income countries. This analysis has been published in a report entitled, "The State of the Affordable Non-State School Sector." The full report is publicly available for download, along with a report brief, data set, and media kit.

For inquiries related to this report, please email Scott Sheridan, Director of Operations, at ssheridan@opportunity.org. 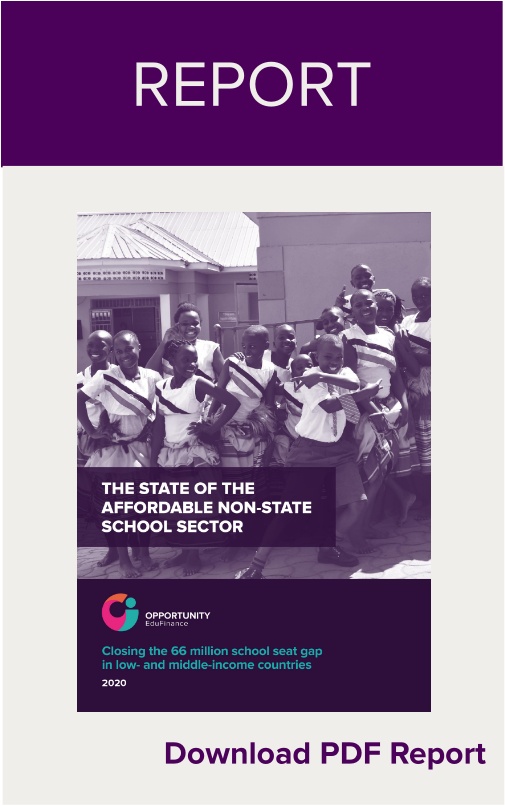 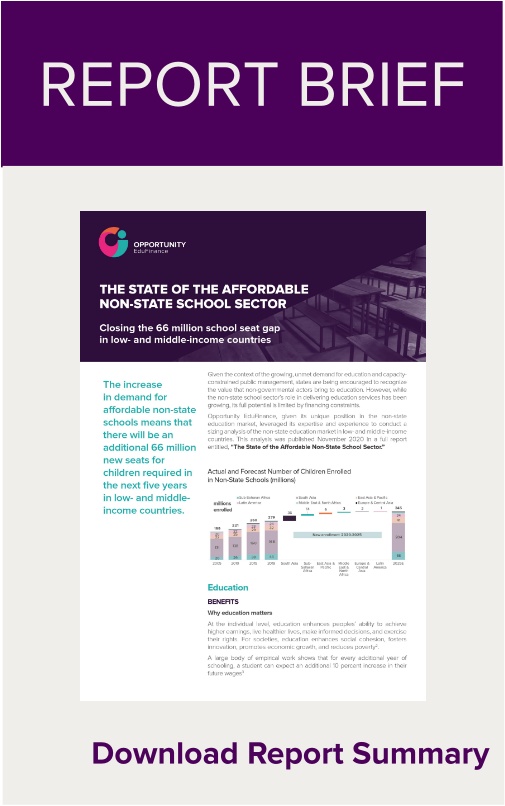 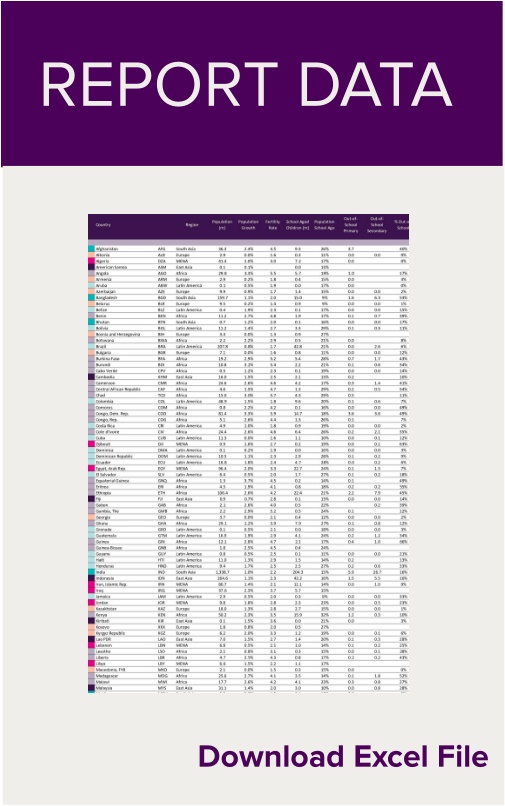 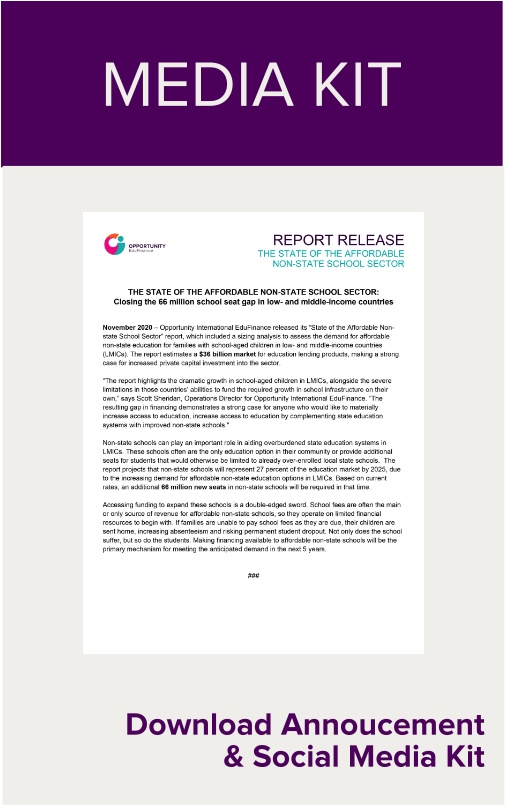 REPORT BRIEF:
The State of the Affordable Non-State School Sector

A large body of empirical work shows that for every additional year of schooling, a student can expect an additional 10 percent increase in their future wages.

Millions of children around the world remain out of school

The countries with the highest out-of-school rates also tend to be among the poorest in the world and are largely located in sub-Saharan Africa.

UNESCO’s Institute of Statistics and the World Bank estimate that 53 percent of children in low- and middle-income countries cannot read well enough to understand a simple story by the end of primary school. In low-income countries, the level is as high as 80 percent.

Government spending is not closing the education gap

Low- and middle-income countries comprise the top 15 countries in the world that spend the most on education as a proportion of their budget.

Despite the high rates of spending on education as a proportion of total government spending, there remain high out-of-school rates among school aged children in many of these countries.

In total, the global financing gap in education is estimated to be $1.8 trillion per annum to achieve SDG 4 goals by 2030. Domestic and international annual expenditure will need to rise from $1.2 trillion to $3.0 trillion, translating to a 117 percent increase in education spending for children to complete primary and secondary education with basic levels of learning.

Essentially, state expenditure constraints are limiting governments’ abilities to make education accessible to lower income families in more rural and marginalized areas. This has created conditions for affordable non-state schools to expand and fill the supply gap, as these schools often set-up and operate in close proximity to the communities they serve.

On the school supply side, given that school fees are often the main or only source of revenue, affordable non-state schools operate on limited financial resources, making it difficult to expand by adding more classrooms and increasing the number of available seats for students.

Regarding the demand side for schools, many families are still unable to cover educational costs when they are due, despite many non-state schools keeping their fees as low as possible to attract low-income families. This is because they often rely on seasonal or inconsistent income, and do not always have cash readily available to pay for school fees.

Globally, the largest regional market is South Asia ($15.4 billion), which is nearly twice as large as the next largest region, East Asia ($8.0 billion). This is largely impacted by the size of the populations.

Sub-Saharan Africa and Latin America are a close tie for third place, with an estimated $4.9 billion market size in each region.

School improvement loan clients are often local entrepreneurial parents or educators who have started affordable non-state schools in under-served communities, and have sustained good enrollment rates for at least two years, which demonstrates schools have earned the support of their local community. While the loan amount varies depending on country and community, schools borrow $11,000 for 24-30 months, on average. Loan repayments are best structured around schools’ seasonal revenue, which is mostly generated from school fees, and individual school capacity for managing a suitable repayment schedule.

Rural and low-income families often rely on seasonal or irregular income, and cash may not be readily available to cover educational costs at the start of school terms. This lack of cash at the right time can result in a child not enrolling or being sent home until the fees are paid. School fee loans ease the pressure of up-front educational costs, effectively spreading out the costs of their children’s education and helping prevent school absenteeism and dropout. Loan tenures vary according to the two main types of income earners (seasonal or irregular), and range between 3-12 months. The average school fee loan is approximately $100-$250, which can support school fees for three children on average.